The essence of a framework for mutual support.

The essence of a healing systemic work captured in just one image. Two souls, in physical bodies, holding and supporting each other while standing on the thin ice of life itself. In moments of crisis, we reach out and hold each other.  Daan van Kampenhout.

I came across this quote and picture online, and was inspired by the simplicity and beauty of the sentiment. Then I wondered who do we reach out to and hold, and who holds us, in times of need and moments of crisis? When do we reach out, in what circumstances? Can we reach out to those around us? Are there some people who are more appropriate to reach out to than others? In counting the numbers from my own life, I had many fingers left as counters. I had to gauge whether or not my prospective holder would be able to handle my crisis, would not buckle under their image of me as a strong source of support myself. What effect would my needs for support have on them, how would they cope with me, and how would I be with the risk that in my moment of crisis, there would be nobody who would have the humanity to put aside themselves for a while and help me?

In our age, of course, we no longer need to have a web of mutual support around us, because we can turn to professional helpers, psychiatrists, psychotherapists, shamans, counsellors, etc. Provided, of course, that we can afford it. If we cannot, the best we could do is to be prescribed drugs form our General Practitioner, and perhaps gain something from the human contact in his or her consulting room, a smile or two perhaps, a kind word, a little reassurance.

However, increasing numbers of people go down these avenues when the problem has become so enormous that they are totally overwhelmed. They cannot turn to those around them, because there is no habitual, inbuilt system of local support in the modern world. This was not so in antiquity.

Raymond Firth, in his celebrated 1936 study of Kinship in ‘primitive’ Polynesia, paints quite a different picture of native life on the island of Tikopia. Kinship in this context in threefold; it is consanguineous but also social and economic. The general body of kinsfolk is referred to by the Tikopian’s as te kano a piato which is specific to each individual person. These are the people who an individual can turn to in times of stress, or conversely in times of celebration. It can be translated as “the whole of the families” or “the collected families”. Unlike other native kinship terms it is not a clearly defined unit to which one either belongs or does not belong, but rather it “has it’s borders vaguely defined, fading away into the broad plain where classificatory kinship needs the spur of economic interest, neighbourliness or the touch of rank to make it effective” [1] In a small community, such as that on the island of Tikopia consisting of around 1200 inhabitants, family ties are the basis of social and economic life, but not exclusively so. Moreover, kano a piato is not exclusively called upon in times of drama in one’s life. It is a system of natural cooperation between persons who are involved in living together in all its social and economic ramifications.

In our modern world, we go out to work and we get paid and we have downplayed the other aspects of life which used to go hand in hand with economic survival. That is we need not equate the social and the economic. This in turn seriously narrows our network of support, those on whom we can depend when our very survival is called into question.

Many years ago, when I was in my mid twenties, I was practicing my guitar in my lounge where I could be seen from the street as the curtains were open. It was the evening time, and mid way through playing some Bach I was interrupted by the doorbell. I went to the door and found a middle-aged lady looking up at me from the steps. She apologized for interrupting me but said she had seen me there and had just wanted to talk to someone. She had been drinking a little, but she was not drunk. I agreed to talk with her and we spoke for about 2 hours. She was not a desperate woman, as she explained. She had a job and a social life, but there was nobody she could talk to and gain support from. So I listened, and gave her support. I have not thought about this event for a long time but I realize it made me feel better too, as well as her, that there is something gained from being a support as well as being supported, just as in Daan’s picture above. She talked about incidents from her early life, her mother, her abusive stepfather, incidents which she had never spoken about before. I was not a therapist then, but I didn’t need to be. I spontaneously became her kano a piato for two hours one evening in the 1990’s. 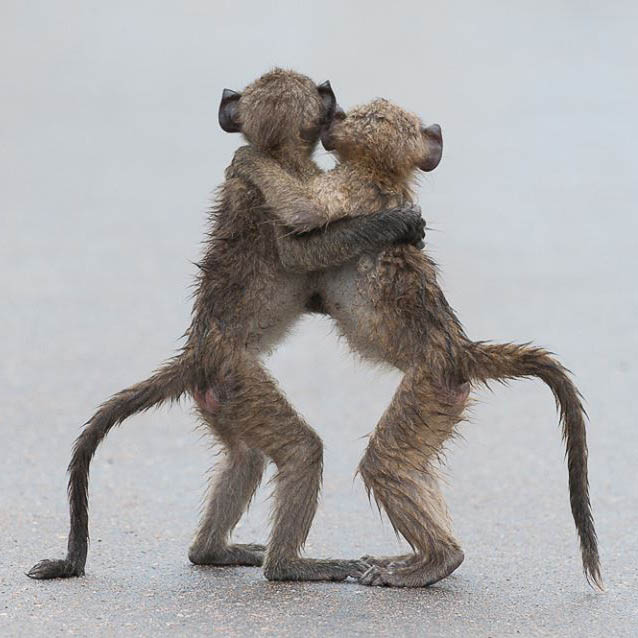