What the river told me

Jung often remarked on people’s experience of the wild and of nature. If you had the right relationship with it you could do without analysis or psychotherapy, because the experience of nature was exactly what analysis was aimed at. The psyche “out there” in nature and the inner world are one and the same nature. Dreams are the spontaneous products of nature, as wild as lions, and we attend to them in our consulting rooms, or in our journals, housed in our buildings and cities, in our culture, we invite nature into ourselves, just as we do when we are walking in the hills letting nature attend to us if we know how to, if we know how to leave our culture behind at the frontier of nature and let the natural world into us, and also out of us.

Sometimes we may attribute qualities to the natural world which are, in fact, our fantasies of how we would like it. The wild is “otherness” and when we come up against this otherness our projections always work overtime. We might believe nature will give us something specific, peace of mind, lift us to the same height as where we walk on the mountain, comfort us, tell us our human problems are small and make us thankful for the simple air in our lungs.

However, nature is part of us, and we of her. Consider that a mere 5000 years ago our ancestors lived tribally in small communities and the greater part of our ancestry stretches back before this thousands of years, and that beyond this our ancestors are purely animal. A large part of us is ancient, we have an ancient human form within us and this is hidden, deep within our instinctual animal soul, that part of us that has been disowned and no longer reaches consciousness in everyday life. Although our bodies may share certain characteristics of our animal ancestors, and our behaviour too, we are hardly conscious of it.

How do we start a dialogue with our ancient souls? First, I believe, we must get rid of the idea that nature is “out there” and that we must let it in. Nature is within us and it is as much of a letting out as it is a letting in. Let me illustrate with my own recent experience by the side of a river.

I sat for an hour at the side of a river. It had taken me several hours to find this spot. It was forested on either side and I had to climb down a long steep bank to be on a small beach by the water’s edge. I knew I wanted to be by the river rather than in forest or field and I investigated several other places by the river. One where the river was a tickling stream, another where the river widened out to around 30 meters wide, open on either bank. The place that called to me was about 7 meters wide, and somehow more full of interest for me than either of the two other places for me, although I could see that the other places were as full of life and soul as this one. But I felt called to this place – not a loud voice doing the calling, just a whisper. To tell you the truth, I felt rather foolish following my intuition in this way. My intuition is used to functioning in human relations, telling me what might be possible, but rarely with what I had considered an inanimate realm. Was I calling to this place or was this place calling to me?

I made myself a bed of bracken to sit on atop a rock by the river’s edge, and sat and looked at the water. Very soon this place that I had chosen, or this place that had chosen me, began to commune with me. Again my rational mind wanted to be on top, to control how I viewed the world, like an envious friend. “The inanimate has no will, and cannot say anything to you of worth.” However, I let this rational voice continue without interruption and it was as though I was a third person between two others who did not understand each other, and yet I was listening to both, aware that I had come to listen to what nature and the wild had to say specifically to me, and so I felt my civilised rationality as rather an old wind-bag who I could discount for now. This new voice seemed rather interesting and was swathed in a peculiar quality of feeling that seemed to be calling me bodily, as though my very blood was in sync with the river.

I studied the surface of the river, the way the water moved in different ways in different parts. I saw that the river was flowing much faster on the side farthest from me and that the other side of the river where I was moving much slower, with a lot going on in different places. Every square inch seems different, to have different qualities and I imagined served different functions. The river it seemed was in two halves and yet one flow of water. Part of me longed for my place in the river to be the fast flowing part where life would just carry you along because of the force of flow. It seemed a good place to be. A place of little consciousness, but full of exuberance. As I studied the water more closely I noticed hat the fast flow of one side of the river had created bubbles and white froth on top of the water and that this was slowly heading, eventually, right to my feet where some of it had been collecting behind a rock that was at my feet. Here it had become yellow and stale. I noticed that the white froth was being slowly drawn out again away from me and that part of it was jointing the fast flow of the river again, and yet part of it was flowing back to where I sat. In this way, eventually, all the froth would eventually join the flow of the river again from where I was sitting.

Looking down at the stale, dry, yellow part of the froth that had been collecting behind the rock at my feet, I saw that this would not go away. Then I wondered if there was anything I could do to stop it collecting there. It was a large rock, and I did not imagine that I could do anything to move it. However, I put my foot onto it and pushed. To my surprise it fell back into the water and I could see that the froth would no longer gather here and turn yellow and stale.

All of this observation was accompanied by the most extraordinary feelings and sensations. It was as though the spirit of the river was communing with me, like a very old, and almost forgotten, dear friend, who had been watching me all my life and knew me better than I knew myself.and this dear friend told me; this is your place by the river. All your life you have been looking for your place and purpose, but you have been there all along. And I learned, in that moment, the meaning of all my life’s suffering, and I saw that this was the perfect place for me to be, in that place by the river subject to that specific dynamic and in relation to the whole of the river. I am reminded of an insight relayed by the German psychotherapist Bert Hellinger which I had come across some time previously. I understood this insight of his with my head, with my rational understanding, and I thought it was all very good and wonderful! But now I had really experienced what he meant. It is the difference between knowing the zoology of a tiger and being attacked by one. (this was how Jung explained what experiencing, rather than having rational understanding of, an archetype was like). Hellinger’s insight was this:

I suddenly perceived that everything that exists is moved. It is in motion, and it is in a motion that makes sense, and it is moved together with many things at the same time. Therefore behind all these movements there must be a spiritual force. Here, spiritual means the movement of a higher mind and intellect that thinks everything as it is. But there is nothing that this mind can think about because there is nothing there yet. All things come into existence by the thinking of this mind. Because this spirit-mind thinks everything as it is, there can be no good or bad of course. Therefore these limitations of good or bad fall away suddenly. Then we are forced to come into agreement with everything as it is. 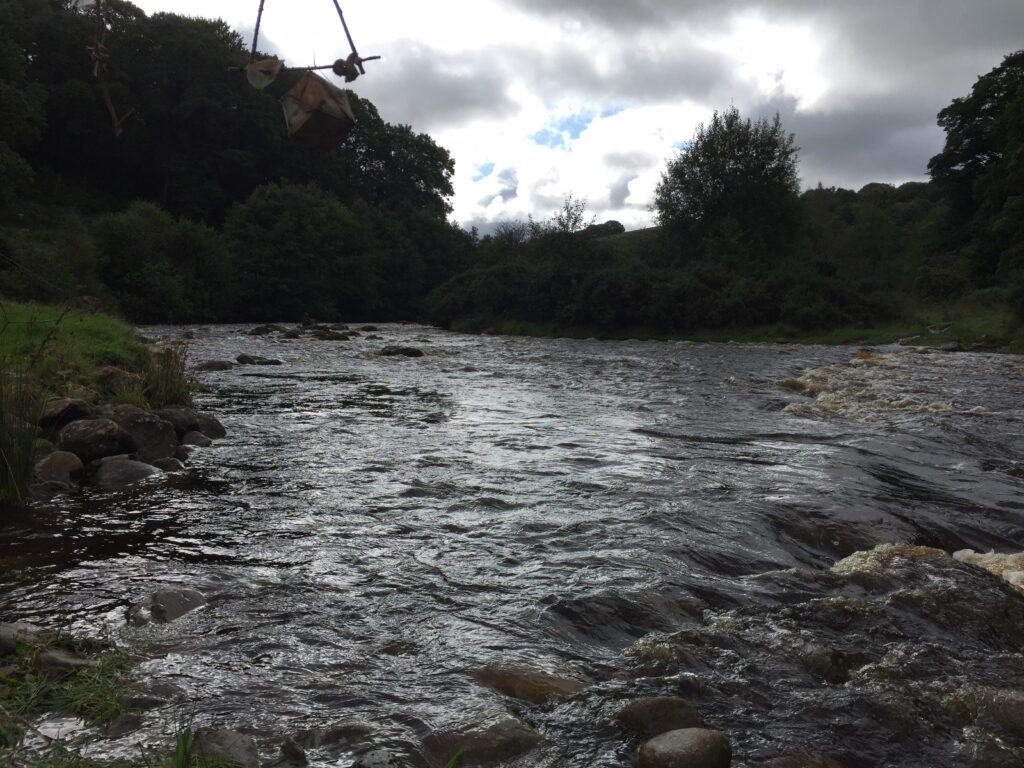